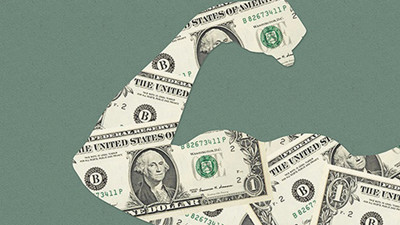 The Economist’s Big Mac index is an informal index sometimes used to judge whether current exchange rates between different currencies are justified and currencies are at their correct exchange rate, though it is not intended to be a precise predictor of currency movements. Now commonly known as burgernomics, it is based on the theory of Purchasing Power Parity (PPP). PPP is the notion that a dollar should buy the same amount of goods in all countries. It suggests that a long term equilibrium will adjust exchange rates such that the purchasing power or cost of traded goods and services in different countries will be the same. It is based on thelaw of one price: in ideally efficient markets, identical goods should have only one price.

The Big Mac index uses the prices of McDonald’s Big Mac hamburger, which is produced in about 120 countries. It assumes that the Big Mac is a similar product in each economy, wherever produced, and it is made with identical specification, thus it should have the same price everywhere.

The following tables compare the Big Mac prices, nominal exchange rates and the Implied PPP for USA, France and South Korea for the year 2006 and 2009.

The under/over valuation of Euro and South Korean Won for 2006 and 2009 is shown below:

There is a difference between the nominal exchange rate and the implied PPP of the dollar as calculated using Big Mac prices. This difference can be attributed to several factors.

The difference can arise largely due to factors affecting either:

The implied PPP by Big Mac index
Or

Nominal Exchange Rate
Firstly, the difference arises because the actual prices of Big Macs are not same everywhere. Many of the inputs of a Big Mac cannot be traded internationally, thus the prices of these goods may diverge substantially between countries. This effects the PPP but not the nominal exchange rate because comparisons on a purchasing-power parity (PPP) basis take account of the variations in prices of the same goods in different countries. Unlike comparisons at market exchange rates, PPP reflects the real purchasing power of each country’s residents.

The Big Mac index is most useful for assessing the exchange rates of countries with similar incomes per head. It is quite natural for average prices to be lower in poorer countries than in developed ones. Non tradable inputs like labour services and property rent generally differ and are particularly cheap in poorer countries. This gives a big cost advantage in production of these goods and services. PPPs are therefore a more reliable way to derive exchange rate than market exchange rates, because cheaper prices mean that money goes further. The prevailing rates of taxes also lead to a difference in input prices and the selling price of a same commodity in different regions.

The PPP model assumes that the real value placed on goods is same in different countries. But in reality, what is considered a luxury in some places might be a necessity in others. The PPP method does not take this into consideration.

On the other hand, the factors which effect the nominal exchange rate are price level of the two countries in question, inflation rates, the real exchange rate etc. There factors might not always affect the PPP, thus there is a difference between the two.

The above points explain the differences between implied PPP and nominal exchange rate.

The believers of PPP have based their views largely on arguments relating to international goods arbitrage, which leads to equilibrium but this is not always the case. Thus Big Mac index is not a perfect measure of exchange rate.