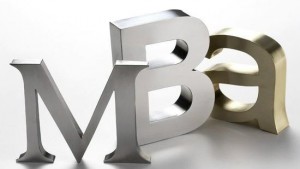 The idea of FDI is not new. There are extensive amounts of literature targeting the subject. This chapter will provide a brief literature review of theories addressing some of the main FDI theories. It will also address the main theories used in the regression analysis.

Introduction to Key Concepts:关键概念介绍：
Before explaining the main theories, an introduction to the different entry strategies available to a company when entering a new market will be given. There are two general ways for a firm to gain access to a new market, either by equity or non-equity approaches.

When a firm wants total control instead of setting up a joint venture, it’s usually done in two basic ways; by a greenfield investment or as a merger and acquisition (M&A) with an existing firm in the foreign country. A greenfield investment is when the company establishes a new factory in the foreign country in an area where no previous facilities exist. It establishes its own subsidiary in the country. The startup time is longer when making a greenfield investment compared to an M&A deal, but hosts potential long term benefits for the firm as it can form the company after its own corporate culture, preferences and needs. An M&A make the process of establishment in the foreign country faster, as a local firm is acquired. In addition to being able to set up the business in a short period of time, the firm is likely to have knowledge of local culture and business environment (Hill, 2010).

Non-equity approaches 非股权的方法
There are two common ways to gain access to a foreign market without owning equity in a foreign firm. The first way is to export. When exporting, the company can take advantage of firm specific assets, international experience and by enabling economies of scale. On the other hand, an exporting firm faces challenges such as trade tariffs, transportation costs and not being able to exploit the low wage countries, hence not producing as cost effectively as possible. The second possibility is licensing, which gives a licensor permission to produce or sell the product in return for a royalty fee. This approach is cost effective and generally entails less risk than other approaches. The negative side of licensing is primarily the risk of losing control of its intellectual property. The benefits gained from economies of scale are also lost (Hill, 2010).

Main FDI Theories 主要的国际直接投资理论
There are many theories addressing FDI. Among the earliest theories addressing the matter was Kindleberger (1969), who attempted to explain FDI through market imperfections. His general assumption was that there is no such thing as a perfect market. According to Hymer (1976), a company must possess some firm-specific advantages in order to offset the domestic company’s advantage (culture, language, local network, etc.). Through the years, several ways of obtaining this kind of advantages has been presented. They include, but are not limited to: low wages (Grubel, 1968), having access to natural resources used in production (Lall and Streeten, 1977), having asses to superior technology and marketing (Caves, 1971), etc. By using its advantages, a MNC can create a situation of oligopolistic or monopolistic competition. In the literature of FDI, there is a general consensus about FDI having a positive impact on the technological development of a country (Wang, Blomström, 1992; Moosa, 2002) and the economic growth that follow.

The Product Life Cycle Theory 产品生命周期理论
This theory is generally seen as the first major theory addressing the rationale behind FDI. In his work, Vernon (1966) criticized previous theories only addressing the cost of factors of production. Instead, he addresses the role knowledge and communications as important factors in the process of developing and producing new products. He outlines three phases a product typically goes through – the innovation phase, the maturity phase and the standardization phase. In the innovation phase, demand for the product emanates mainly from the domestic market. The price is inelastic, making the price high. As the product matures, it enters the international market. In this phase, there is an increased demand from foreign countries. Foreign competitors are also starting to copy the product at this phase. To stay competitive, the exporting firm is forced to set up subsidiaries in the targeted countries. At this stage, the driving force for FDI is to reduce production costs, hence withholding or increasing its competitive advantage. At the last stage, full economy of scales is achieved by the company. This by standardization of its products and by moving production to low wage countries, i.e. former importers become exporters.

The Internalization Theory 内部化理论
Welch and Luostarinen (1988) describe internationalization as ‘the process of increasing involvement in international operations’. It was first propounded by Buckley and Casson (1976), and is another of the major FDI theories. It questions the assumptions made in neoclassical economics such as perfect competition and access to full information. The general focus of this theory is that a company prefers an internal internalization process, rather than with an external counterpart. The main advantage of keeping a process internal in this theory is due to time lag, price negotiations and supply uncertainty. An illustration of this concept would be a company using a specific production factor intensely, acquire a producer of this factor, thus removing the supply uncertainty. An illustrative example of this event would be a paper-producer acquiring a wood-supplier instead of buying wood on the market. A well-known model addressing the process of internalization is the Uppsala internationalization process model, formulated in 1977 by the two Swedish economists Johanson and Vahlne by doing empirical observations on Swedish manufacturing firms. It describes how a firm gradually increases its involvement in foreign countries as a process happening on a step-by-step basis, rather than through large initial foreign investments (Johanson, Vahlne, 1977). The internalization process was found to have a few key features. The firm started with gaining experience from the foreign markets by exporting to nearby countries, then gradually moving to more distant countries. With increased volumes, sales subsidiaries are established. The last stage is to establish own production in the country, such as a greenfield investment.

The internalization theory has been examined in several works, such as Dunning (1977), Rugman (1986), Casson (2000) and Henisz (2003). The internalization theory is found to be a superior explanatory tool, but with a few shortcomings. The main issue found by Henisz was FDI flows to areas dominated by a few MNCs not occurring in the predictions of the model. He states that ‘the theory must be expanded to include institutional idiosyncrasies’.

OLI Eclectic paradigm OLI折衷范式
One of the most influential findings in regard to international production was John Dunnings OLI Eclectic paradigm (Dunning, 1977). The model is used to explain the motives behind FDI. He found that three advantages must be present in order for FDIs to occur, namely Ownership (firm specific assets or resources), Location (characteristics of a specific country) and Internalization (ability to internalize the ownership and location advantages).

His findings concluded that a company with a competitive advantage over companies from another country has an ownership advantage (O). These advantages are often defined as having access to firm-specific, income-generating assets exclusively held by that company. These assets could be technology, capital, knowledge, etc. (Dunning, 1977). The localization advantage (L) comes from the specific characteristics of a country, where the company believe that its business would be more profitable. If such advantages are found in a country, the company will establish production the country instead of exporting or licensing to foreign firms. The country specific advantages include factors such as natural resources, infrastructure, labor costs and government policy (Dunning, 1977). The third advantage needed for FDI is the internalization advantage (I). In order for a firm to exploit its advantages in the foreign country, it must be able to internalize its ownership advantages in order to operate efficiently in the foreign environment. The main point stated is that a company is better of exploiting its knowledge and assets internally rather than turning to an external part (Dunning, 2001), as keeping processes internal gives the company advantages by having control of its business, market and brand image.

Motives and Drivers for FDI 外商直接投资的动机和动因
Motives
Behind every investment is a motive. For the sake of understanding why a company chose to invest in foreign countries, a model used by Dunning (1993) will be used. According to him, FDI can be segmented into four different types, with a specific motive behind each.

Market-seeking FDI – the reason behind an investment here is due to the size of a specific market and as well as its future growth potential. In addition, advantages such as being closer to the market, hence obtaining better market knowledge as well as closer contact with customers and suppliers.

Resource-seeking FDI- occur when a firm establish access to a specific resource needed in production that might be rare, expensive or non-existent domestically. Those resources might be raw materials, natural resources, low wage labor, etc.

Efficiency-seeking FDI – taking advantage of availability, costs of factors or economies of scale

Lall and Streeten (1977) instead use five major forces for MNCs to prefer FDI over exports.

In order to better serve its customers, a MNC can establish a subsidiary

As explained by the crown-in effect, one MNC investing in a country will impel its competitors to do the same

Drivers
Market size – Usually seen as the most important driver of market oriented FDI. Usually measured as GDP or GDP per capita (Zang, 2000)

Labor costs – The most relevant driver in resource oriented FDI. Usually measured as the quality of the human capital (Zang, 2000)

Political risk – Stability in the political environment is generally seen as a driver playing a major role in attracting inward FDI (Lankes, Venables, 1996)

Geographical and cultural closeness – Countries located close to the source market will generally attract more FDI as shown in Grosse and Trevino, (1996)

Interest rate and inflation – Despite research findings done by Li, (2005) showing an insignificant relation between inflation and FDI inflow, interest rates and inflation is generally seen as having a negative effect on attracting FDI as it might increase labor, production and cost of capital.

Agglomeration economies – Research on countries with a significant amount of FDI indicates that a larger amount of investments increases the chances for others to follow (Tseng, Zebregs, 2002)