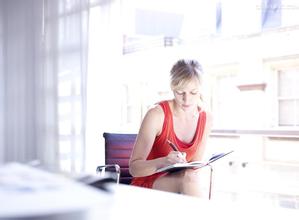 Family is an important social part in the society. The basic concept of family is that a group of people directly linked by kin connections, the adult members of which take care of children (Giddens, 2013). This kinship ties through marriage, through the lines of descent that connect blood relatives. In this essay, it will focus on gender roles in the nuclear family, which is family unit connected through marriage: “two adults and their own or adopted children” (Giddens, 2013). In our society, fathers are expected to offer a strong male role model to sons, act as disciplinarian for trouble-prone children. While mothers teach their children about communication, the feeling of being is connected to others. In the following part, the essay defines the gender socialization and primary socialization and it will also discuss the different gender roles in primary socialization.

It is said that there is no role in life more essential and more eternal than that of motherhood, which indicates the importance of a mother in primary socialization in a family. In this part, the essay will mainly discuss three important roles of mothers influencing their children in the primary socialization. It mentioned that mothers teach their children about communication, the feeling of being is connected to others (Giddens, 2013).

Mothers should build active relationships between their children to help the children to improve their communicating ability in the future, which is an important skill in their future life. In addition, mothers are more likely to talk to their children with words, eye-contact and other body languages, which can help the children to improve their ability to observe others through body languages. Finally, mothers can affect children’s gender consciousness. Girls will learn from their mother’s behaviors and boys become to know what a woman is (Gleitman & Fridlundm, 2000). These are some of the mothers’ roles in a family for children’s primary socialization and gender socialization.

In the early century, it is believed that man is the ‘male breadwinner’ and in the labor market defined the position of women in the family (Crompton, 2006). This indicates that fathers have a little time to communicate and educate their children by themselves. However, fathers are still playing an important role in affecting their children and expected to offer a strong male role model to sons, act as disciplinarian for trouble-prone children (Giddens, 2013).

For example, when the father is working, this behavior can teach his children the importance of working of their life. What’s more, disciplining children is an important role of a father. In a family, a daughter can realize from her father what a man is and what to look for a husband (Gleitman & Fridlundm, 2000). In addition, a son can learn from their father how to be a man and how to treat women. These are the special roles which fathers can delivery to their children.

Above has analyzed the gender roles of fathers and mothers in a family, which cannot be replaced by each other at any time in the process of in their primary socialization and gender socialization. Therefore, as parents, they should aware their gender roles in a family, which can help them to influence their children in an active and proper way. These also are the responsibilities for mothers and fathers to play their role well for their children.

As a person, one will become a father or a mother in some day of their future life. It is necessary for him or her to know their roles in a family for their marriage, children and something else. As a family is an important social institution which is one the keys to ensure social stability. Therefore, it is vital to aware the parents’ roles to affect their children the primary socialization. This essay has discussed about the definition and importance of gender and primary socialization for children. During this period, parents’ gender roles play a significant role in children’s primary socialization. In the above part, the essay mentioned several different gender roles of fathers and mothers in a family, which is meaningful for some parents to aware their influence on their children.