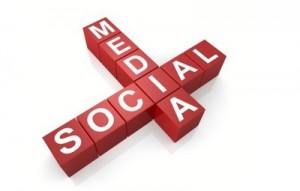 Media violence has been one of our biggest problems in our community. Violence comes from every age, from a child to an adult. Violence has increased every year because people do not understand how important our life is and do not take it serious. Media violence occurs when people do not have common sense and do not take responsibility. There are couple cases that think that media violence causes society violence, and two against it. Most cases of media violence come from movies, games, and the influence people have on others, all of which have shown someone or something crucifying anything in its path. Those are some ideas about media violence throughout our society.

There are two people whose lives were only about killing; it was as if it was in their nature. Stone’s most controversial film, “Natural Born Killers” was mimicked by murderers Ben Darras, and Sarah Edmondson. Darras and Edmondson have killed over fifty two people and, in the course of their actions have become media celebrities. Both of them have a history in their life that is unforgettable. The public made this inconclusive accusation despite the troubled past of both of the offenders. Oliver Stones said “Ben and Sarah are deeply disturbed youths with histories of drug and/or alcohol abuse and psychiatric treatment. Ben’s alcoholic father divorced his mother twice, and then committed suicide. Sarah carried a gun because she feared that Ben would attack her”. Obviously, there were many factors inducing their criminal behavior further more complicated than just watching a movie and doing what you have just seen. Many cases like this one have been pointing fingers at movies for the actions of disturbed youths, doing so is a ridiculous attempt to find a quick answer to an excessively complicated matter.

Michael Zimecki believes that “ideas have consequences” and that is why the ideas expressed in a movie have a negative effect on society. To support his opinion he uses several examples of crimes that have been committed in the past and are similar to movie scenes. For example in 1993 a 9 year old girl was raped with a bottle at the beach by a group of juveniles, this incident was believed to be induced by the movie “Born Innocent” where a plunger was used to rape a victim. A boy from Pennsylvania died from imitating a movie called, “The Program”. He died in the center lane of a highway where he got ran over by a car. Michael Zimecki also uses a different approach to support his theory, he compares movies to pollution. He states “a polluter should not be allowed to escape responsibility for his actions simply because environmentally induced cancers are late-developing. Violence too, can fester for years”. Zimecki believes that societal violence is displayed excessively and needs to come to an end he asserts “the hour has come at last, and the rough beast that the poet William Butler warned about is already born”.

Some kids think that it is “cool” to do what happens in the movies, but sometimes what happens in the movies is not safe. Movies can change people’s behavior and personality. Violent movies promote the minds of young kids who do not know what they are doing, but they get hurt in the process of poisoning their minds. Rated “R” movies that show killing and blood are the movies that kids are not suppose to see, but those kids that do are the ones that change because they think that it is “cool” to kill people, so they try it. Killing has lead to family separation, rising of violence with in the family, and in the society. That is what happens when these children try to do what they see without knowing if it is possible in real life.

Gregg Easterbrook has been working for the New Republic for the past four years and has written magazines of beliefs and values. Easterbrook states that “movie and television violence has a serious effect on children’s propensity to behave violently later in life”. This theory has been question for years and it still is, but still many people have found connections between media violence and societal violence. At the age of nineteen is when the mind of children has developed enough to know that violence is never the answer and that all kids are doing is hurting them selves. Many kids below the age of nineteen may think that is normal to act in a violent way and becoming juvenile prisoners. There are many movies that people have seen that show a very high amount of violent and blood like the movie “Scream”. This movie starts by a teen girl watching her boyfriend getting punished. Thought out the whole movie students get hung, tortured and cut to death. Movies like this can encourage children to do the same thing since they find what they see very amusing. Many people have died from others mimicking what they have seen in the movies and have been killed or sent to jail for a very long time and won’t be coming out any soon.

Maggie Cutler has seen media violence and has ideas of what has happened through out the years. Cutler said, “Media violence is a risk factor that, working with others, can acerbate bad behavior”. She affirms with the idea of aggressive and brutal matters that have multiplied within the United States. Crime rates of juveniles have decreased about thirty percent in the United States. The media has been reducing the principles for accepting profanity. Further more, Cutler points out that “given the overall juvenile crime count in 1997 the report implied, some 250 murders and 12,100 other violent crimes would not have been committed if it were not for the likes of Batman Beyond”. She comments that on August of 1999 a Senator reported that “television alone is responsible for 10 percent of youth violence”. Cutler believes that this subject is too complex to study conclusively. There are some facts and ideas of what our nation has turned into with in the years.

Scott Barbour strongly believes that media violence does not cause societal violence in teens. He supports his idea by stating that laboratory tests cannot be generalized to the real world. Barbour believes the teenagers’ results may be influenced by the adult researchers, he quotes Durkin associate of psychology “Even quite young children are good at working out what adults want them to do, or will let them get away with.” Another testing method he implies is invalid is correlation studies. Barbour suggests that the results cannot be taken into serious consideration because “it could just as reasonably be argued that viewing violent television programs is caused by the child’s preexisting tendency to be aggressive”. He also quotes Jonathan Freedman psychology professor at The University of Toronto when comparing boys’ tendencies to girls’ tendencies in relation to personality characteristics. Boys watch and play football more than girls do, and it is not because television influences them to, it is because of personality characteristics. Barbour believes that a child’s violent personality is induced by bad parenting.

Stuart Fischoff is a professor of psychology at California State University, Los Angeles. Fischoff has studied media violence and real-world violence and cannot find a connection between them. Nothing states that media violence causes societal violence. He believes that anyone who studies media violence can have a thought of what people may do in the real world; it is not proven that everyone will do it. It is up to how people think, how they can take certain things, and if their common sense can change their life in a good way or ruin it by doing the wrong. Many people that are against media violence think that “The plethoric effluence of screen violence, murder and mayhem is an undisputed menace to society”. That is what the opposing side has to say against what many people think about media violence.

In Conclusion, media violence has taken place since the day we were born, but it has grown by the years mostly because of the messages sent out to the public. Movies reach people who do not know what their purpose in life is, so they go do the first thing they like or see. It starts off by imitating a movie people enjoy, then killing people who have done nothing to you. It can also be that you have an immature mind that has not grown into what would let you realize common sense. People have observed and realized that our humanity has been taken over by what most people would find most entertaining but deadly to perform at the same time. Some people may think that media violence is not connected to societal violence because they have the proof that we have. That is why people think media violence has been one of our biggest tribulations in the world.

Cutler, Maggie: Research on the Effects of Media Violence on Children Is Inconclusive’. Is Media

Stone, Oliver: Memo to John Grisham: What’s next -“A movie made me do it”? From Patterns for college