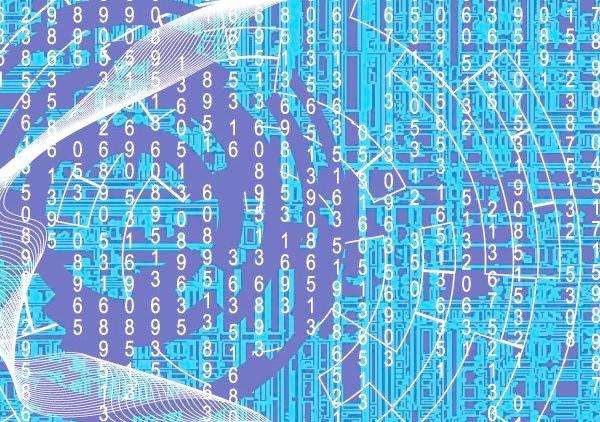 新的数字技术增强了我们的创造力和创新能力？
New Digital Technologies has enhanced our ability to be more creative and innovative?

Since the dawn of time, man has continuously been inventing things which will ensure the survival of his kind. His desire to settle and to make life easier has necessitated him be innovative and creative. The necessity to keep warm made him invent new ways to make fire. For making hunting easier, he invented tools made out of stone. Thus man’s journey through time to his current state wouldn’t have been possible without the use of technology which made up for his weaknesses. New Digital technologies are allowing us spread our wings and explore specific areas which were previously possible.

It has been shown that creativity depends mainly on communication and personal initiative. Innovative ideas come about when people from all walks of life come together and share task-related ideas. This gives them the opportunity to share their knowledge and expertise with the rest of the world. Every digital product we have today has passed through the creative process whereby it allows for continuous development in the technological industry. The creative process is something which takes months and even years to implement. The mobile phone is a typical innovative example which took a long time to be implemented by the public due to fear of social acceptance and lack of resources to fund the project. Certain innovative products depend heavily on social acceptance. The mobile phone was accepted because it made peoples life easier and therefore they started making use of it. This in turn facilitated more innovation because it offered faster communication between people. Another example is the interactive whiteboard which was not that successful as people opted to use the normal whiteboard instead of the new high tech boards. This was because teachers deemed it as less complicated and easy to use. Even though the interactive whiteboard encourages creativity with all of its functions, people did not adopt it due to its complexity.

Advancement in technology has led to faster ways of communication however certain digital technologies such as social networking and emails are hindering creativity and people are becoming lazier as it is creating a world where there is less face to face communication and people are adopting more the use of digital technology to communicate with other people. Even though technology is allowing humans to concentrate more on idea generation and less about unnecessary things, we are now facing a problem that is polluting our environments. It is having a bad effect on the younger generation because it is reducing their ability to think since they are depending more and more on technology to do the thinking for them.

Creativity and innovation is something every human is born with and it can only flourish if it is nurtured. Technology in certain people’s hands can increase quality of work and idea generation while on the other hand it can also make people lazy and depend heavily on it. In the past an artist wasn’t able to make 3-D art and he could neither manipulate images with ease as he could have done with a computer application. In today’s modern era an artist is only limited by his imagination because computer applications such Photoshop and Illustrator allow him explore and create amazing things with a lot of detail and accuracy. Costs also play an important factor in innovation and creation because you need money to invest in technology in order to support your research, further your ideas and eventually sell it to the public. Another example is Microsoft word which allows for easy data transfer and in turns speeds up the innovation process as ideas are shared faster. In order to stimulate creativity, more work should be done on personalization in technology as it provides a holistic approach for developing technology in conjunction with the outstanding creativity in action.

New Digital Technology has had a great impact on manufacturing organizations because they are continuously seeking to lower their costs by introducing technology to replace physical labour. At first thought one might think that it is bad, however upon closer inspection one may see that it is allowing humans to work hand in hand with technology itself. Instead of doing physical labour, machines are allowing us to focus on using our brains to become more skilled at innovating and generating ideas. Advanced Manufacturing technology changed the definition of the job as a worker at a factory. Previously employees use to do all the work necessary to get the product finished and now all that has changed. Today employees supervise machines and make use of reprogrammable software in order to control them. The implication of this implementation is that the productivity chain produces better quality products and allows for faster output levels .Furthermore all the expenses spent that use to be spent on labour and training can now be spent on innovating new ways to further enhance productivity.

Innovation plays an important role in the long term and it is necessary for the survival of organizations. A company exists in a dynamic and continuously changing environment. It is essential for a company to keep up with the pace of technology in order to survive in its own business environment. However, a company must also be aware of the needs for changes in its own organizational structure and functioning, in order to adapt itself to such a changing environment. Management of innovation is difficult because individuals adapt to their environment. It was found that innovation is affected a lot by leadership, group working, climate and problem solving style. Therefore it is of utmost importance that we include them in a model that facilitates humans to be more innovative. Technology facilitates the process of innovation with the use of prototypes. Prototypes give us a physical model of an idea which can be touched and then be refined into a better product for the consumer. Ideas may be innovative in theory however when they are applied to real life situations, they might end up not being as popular as expected. Therefore experiments are made in order to test their theories and see if it can be applied to enhance its current situation. Experiments on large scale projects cost a lot of money and therefore digital technology can be used cut down on costs and provide at the same time provide more detailed feedback. These experiments are done through simulation software which predicts all the possible outcomes using mathematical theories.

In sum, too much addiction to the latest technological inventions seems to be a detriment to the psychological and physical health of our humans. It should be noted that a variety of technological temptations alienate person from person, even giving rise to a state of hopelessness and loneliness within us. Indulging in technology may trigger serious crises, such as academic plagiarism and moral deterioration. But on the other hand, the application of technology to all fields opens another door for us and allows us to be more creative and innovative.