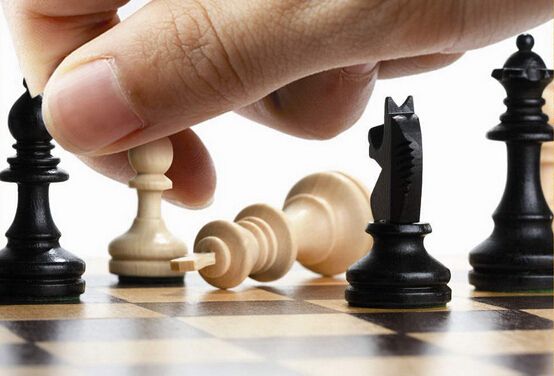 In the case study presented we have a scenario, we have a company that lacks good corporate management, quality control, and health safety. The Eastern Dairy Company runs on a 3 shift process; 7-3 , 3-11, & 11-7 shift schedule. Our main character, George, works on the night shift, the 11-7 schedule with a crew of 5 other employees. In this study we are given a background of George, in regards to his past and personality. He is an under achiever, has only looked for minimum wage opportunities; comes from a traditional family, has some type of relationship with a woman named Cathy. She seems to be the only source of motivation for him to pursue this job, as they (George & Cathy) prepare and plan their wedding. As previously stated, he has sought employment merely to fulfill the needs of providing for gas and date spending money. That stated one could characterize our protagonist as someone with low self esteem, low standards and morals, and a sense of duty that is less then desirable.

George’s responsibility is to clean and maintain 500 gallons of product (milkshake mix formula) during his shift. A dilemma arises when our character has to decide whether to report a potential health hazard on one of the jobs. In the dissection of this scenario all factors need to be taken into account. Starting with the most prominent is the issue of lack of supervision. Another critical issue noted in the article is the consequential responsibilities of the other shifts. A more in depth observation on that underlying issue underscores the lack of quality control throughout the twenty four hour cycle of the productions process, and poor implementation of the standard operating procedures of the company relating to food safety. A recent example of hazards in food production was the 2009 FDA recall of peanut butter even with Salmonella contamination (The FDA found that between June of 2009 and August of 2012, Sunland Inc. had distributed, or cleared for distribution, portions of 11 lots, or daily production runs, of peanut or almond butter after its own testing program identified the presence of at least one of nine different Salmonella types (Arapahoe, Bredeney, Cerro, Dallgow, Kubacha, Mbandaka, Meleagridis, Newport, and Teddington) in those lots. Two of these lots showed the presence of the outbreak strain of Salmonella Bredeney.

Breaking down the incidents as they occur, the first, as previously mentioned, is the lack of corporate structure and supervision. George and his coworkers do not have a supervisor to monitor their activities and preside over the production during the shift. Paul, our antagonist is the “self appointed” leader of the night shift crew. He is one of a crew of six including George, and he decides the process, and time allocation among the crew. As stated in the article the main responsibilities of the shift is to manually maintain and clean the vats, mixers, filters, etc. With the handling of food, or food products, there must be a well maintained sanitary environment, with robust safety and quality controls in place. As stated in the text, George and his co-workers were notorious for having “water balloon” fights with the 5 gallon bags filled with pre made mix. These acts not only contaminate the area, and render it the unsanitary but it raises the issue of destruction of property. “While George did not relish being hit by an exploding bag containing five gallons of heavy mix, he found it great fun to lob one at his co-workers. The loss of 10 to 40 gallons of mix on a shift did not seem to concern anyone, and these fights were never curtailed”. So not only is there a sanity issue, we have destruction of property, and theft. For there to be a wasted 40 gallons per five gallon bag, there is a consistent loss of 8 bags a “game” if you will.

On the matter of health and safety, the article mentions that Paul mentions to George that the Health Inspectors do in fact drop in unannounced at the end of the shift to inspect conditions. This information would point to an assumption that the inspectors show up for the beginning of the morning inspection. That data also implies that the plant could in fact be running the vats, mixers, etc for a full 24 hours, and not be cleaned periodically let alone being inspected. All of which leads to the question, what are the responsibilities of the other shifts.

The final information presented in this case study is the argument made by Paul to George when George brings the presence of maggots to Paul’s attention. Paul responds “don’t’ forget that all this stuff goes through homogenizer (pressure tube) so any solid matter will be completely pulverized. And when it’s heated in the pasteurization process, any bacteria will be killed”. Unfortunately that is not the case. According to K.R. Mathers in his study of dairy microbiology he states “UHT or ultra-heat-treated) is also used for milk treatment. In the HTST process, milk is forced between metal plates or through pipes heated on the outside by hot water, and is heated to 71.7°C (161°F) for 15–20 seconds. UHT processing holds the milk at a temperature of 135°C (275°F) for a minimum of one second” (Montville). The process would 1.) Not remove all the maggots and or the remains from the homogenizer, and 2.) Even if the pasteurization process disintegrated the remnants of the homogenization process would still not remove all the disintegrated remains. There would still be contaminants making their way into the final product. Because Paul is not a trained supervisor, and one could assume he does not have a chemical engineering, or biology degree, he does not know this. And to presume he understands the process, for which his only function in it is to clean the equipment, shows the ultimate lack of supervision on the company’s part.

In conclusion, the Eastern Dairy Company has to ultimately be forced to recall on all its mixes to all their clients for that specific production date. The Eastern Dairy Company also needs to fire Paul, and the other night crew members, for their lack of responsibility and disregard to what should have been company protocol. They must also hire new night crew teams, as well as hire a night shift supervisor fully aware of company policies and procedures. As a direct result of the contaminated shipments, Eastern Dairy might even have to face potential lawsuits, and fines. All of which could have been avoided, if the site was maintained, and properly cleaned and supervised.