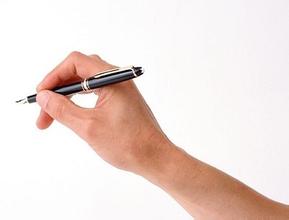 Nowadays people feel a responsibility to fit into today’s society. People want to look as better as possible due to the outside influences one has. In the online article written by Jane Shure readers are able to realize how the surroundings have a great effect on choices that we make. This article points out three major categories on which tries to explain in more detail the troubles with body images.

Readers are able to see how cultural background plays an important role on people’s body image. Couple of factors that influences notoriously on today’s society is the media and advertising companies. These two change people’s perspectives in having an idea on what we should look like, being that just of myth that is not a reality. Many people tend to follow this ideal look due to the reason that media is exposing visual and audio messages every day, which is unrealistic. Some may even get to the point of having health issues becoming bulimic or anorexic due to the reason that they want to fit into those role models that the media exposes.

Readers are also able to see that peers and family could affect positively or negatively in the way one feels. Most of the time people’s body image is negatively affected due to the fact the parents neglect to provide confidence for child wasn’t sufficient enough for them to feel positive themselves and create that confidence on how they look and how they think people look at them. Peers also play an important role on people’s body imagines. As a one is growing up, peers tend to criticize by the outside appearance because of you physical appearance. For example, kids tend to be shorter, fatter, and skinnier than others are.

Due to the many studies that have been done from a psychological perspective, body image could be explained through the social cultural perspective. Sociocultural perspective refers to behavior one follows due to the surroundings the individual has from how they act and how they look at things from their point view. This varies because we all come from different background and we each have different beliefs that make us act different from one another depending the situation we are in.

One can clearly see how this sociocultural perspective strongly relates to the article written by Jane Shure in that it explains the influences that affects one’s behavior. An example would be that body image is greatly influenced by family and peers (Shure, 2009). This is important because through this readers can realize that growing up as a child family and peers have a great influence in the way we act and behave to others. This is an example of sociocultual perspective because family and peers are an outside influencers that due to the interaction that people have day by day, they influence greatly in the choices and ideas one has (Wade, 2008).

Another example of the article that relates the sociocultural perspective is the way media influences society in what they should look like. An example would be how the fashion industry does a great job in influencing what we should buy in order to fit in (Sadaba, 1997). This is important because through this one can see how the media manipulates one’s actions and preferences as to what we should and should not like. According to the sociocultural perspective this example relates strongly to this perspective in that people don’t chose what they really want, they rather follow the crowd by listening to what society is advising them to acquire (Wade 2008).

Lastly, another example that could help us understand better, how the sociocultural perspective relates to the article would be the challenge individuals could face in changing the idea of what our body should look like. Because our surroundings have great influences in how we see and look at ourselves, it is very difficult in changing the idea that media, family, and peers have influence us in believing what the ideal image should be (Sadaba, 1997). This is essential in that because one has been influenced since childhood; it would be difficult to change the way you see yourself and others. Through this one can see the sociocultural perspective in that the cause of how we fell physically living in our body is due to the fact that the body image that has been established through our surroundings (Wade, 2008).

In conclusion, studying the issue on physical appearance from a sociocultural perspective would help in solving this problem in helping individuals look at themselves more positively. On example in how studying this issue from this perspective would help others would be in that they can realize that they do not have to follow the unrealistic model ideal look that they media portraits that we should look like. This would help in changing the individual’s body image that one should look like in loving themselves and loving other how they are and not judge them by their physical appearance. Another example that studying this issue from this perspective can help in solving this problem would be that one should surround ourselves with family and peers that can positively can help us in increasing our confidence. This would be very important because individuals would surround themselves by people who would love and not judge them by their physical appearance.